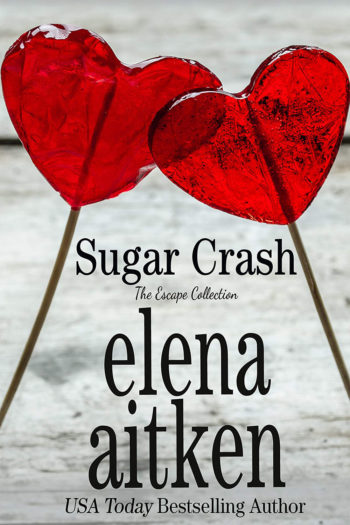 A story about the strength of one woman and the power of her relationship with her daughter as they overcome life’s obstacles.

She’s been on her own for so long that when Darci Thompson’s 12-year-old daughter, Taylor, is diagnosed with a life changing illness, she must push past her self imposed walls to prove that Diabetes won’t define them.

With the help of new friends and Cam, a man who believes in her, Darci finds the strength to challenge the stereotypes and make a difference for her daughter. But letting Cam get close also means being vulnerable. Is Darci willing to face her own demons and take that risk once again?

This book is dear to my heart because it is based on the actual experiences of one of my dearest friends when she was a child and was diagnosed with Type 1 diabetes. Please know that despite the fact that some of the events are based on truth, this is a work of fiction. It is in no way meant to act as a medical reference book or to take the place of any doctor’s opinion.
While diabetes pays a role in the story, it is not the entire story. And I hope you enjoy Darci’s journey as she becomes the mother she needs to be while at the same time allows herself to be true to her own heart.

Even before the whistle blew, Darci was up and out of the bleachers. She grabbed the oversized tote bag that accompanied her everywhere and hurried across to the player’s bench. The girls were still coming off the field and her daughter, soccer ball in hand, was leading the pack as usual. 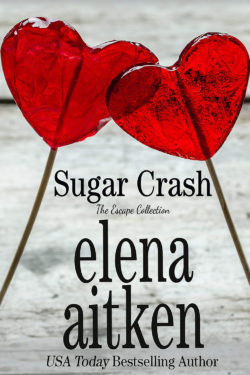 If Darci hadn’t been looking, she might have missed the quick flinch of embarrassment that crossed her daughter’s face before Taylor shook her head slightly and turned towards her friends, shutting her out. Darci shrugged. She wasn’t offended, well, not really. She was getting used to it. Ever since Taylor’s twelfth birthday, she’d been pulling away a little. It’s like the moment she turned twelve she all of a sudden didn’t need her mother. It was to be expected, but it still stung.

Darci glanced up at the time clock. There were ten minutes left before the next half started. If she hurried she could grab a drink, check her messages and still make it back to her seat before the whistle blew. She started weaving her way through the crowd. It never failed to amaze her how many spectators turned up for a soccer game on a Wednesday night. But in a small town, even minor league soccer could be exciting, and the Chargers were a great team to watch.

Joining the line for the bathroom, Darci dug deep into her tote to find her cell phone. Three missed calls from the store.

It was inventory week at Golden Moon Health, and Darci knew it had been a long shot leaving Monica in charge of counting anything while working her regular shift, but she’d never missed a game and she wasn’t about to start because one of her employees couldn’t multi-task. Besides, she was the manager, it was her job to delegate. And to clean up the mess afterwards. With a sigh, she pressed the autodial button.

She pretended not to hear the sickly sweet voice calling her and put the phone up to her ear, hoping to ward off any attempts at casual conversation.

“Darci Johnson, I was hoping to run into you.” A hand accompanying the voice, reached out and grabbed her shoulder. Darci turned, indicated to the phone at her ear and offered a small smile.

“Oh, don’t worry, this will only take a minute and then you can go back to your call.”

Darci swallowed the sharp retort that threatened to spill out and pushed end on the phone. “Hi, Susanna. What can I do for you?”

“I’m so glad you asked.” Susanna’s red coated lips slid off her shiny white teeth as if they’d been slathered in Vaseline, which they likely had. Darci tried not to dislike Susanna Turnbull; she was the mother of one of Taylor’s good friends, but despite the closeness between their daughters, Darci had never found any common ground with the other woman. “As you probably already know, I’m heading up a number of fundraising efforts for the team this year.”

“I heard something about it,” Darci muttered and shuffled forward in the line. Of course she’d heard about it, she’d been doing her best to avoid Susanna ever since Taylor had come home and told her.

“Good,” Susanna said. “So you’ll help?” Susanna pulled a pen out from behind her ear and patted her backcombed do, which hadn’t moved a hair, back into place. As long as she’d known her, Darci had thought Susanna’s style reminded her of a pageant queen circa 1992, and considering her heavily made up face, it was entirely likely Susanna held a title. In Darci’s opinion, Susanna’s harsh style took away from the woman’s natural beauty and on more than one occasion, Darci had considered offering some advice. But of all the people to give beauty advice, it shouldn’t be Darci. She herself could barely be bothered to put on lipgloss and mascara, let alone style her hair in much more than a pony tail.

“Sorry.” Darci shook her head and tried to focus on the conversation. “I’m really swamped at the shop right now, Susanna. I honestly don’t know how much help I’ll be.”

“Oh, you really don’t have to do much at all.” Susanna waved away her protests. “The first fundraiser will be pretty basic. I thought maybe we’d start slow and build up to something really big. I have so many ideas, I didn’t want to limit myself, you know? And really, it’s for the girls. And if we don’t really band together to raise the money, they won’t be able to go to Provincials, and then maybe even Nationals. The team is looking really good this year and I’m just certain that we’ll be headed to the National tournament, aren’t you?”

Darci managed a grunt of agreement before Susanna continued. “At any rate, considering your daughter is team captain, again, I just knew you’d be excited about contributing to the fundraising efforts.”

“What do I have to do?” She sighed and assessed the line. She was only three people away from slipping into a stall and escaping the volunteer police.

“I’m so glad you asked.” Susanna’s teeth glistened and the image of a vampire sucking the life out of her, popped into Darci’s head before she could stop it. “I need you to bake three dozen cookies. We’re going to have a small bake sale at the game on Saturday. We’re playing The Rockets, and with a weekend game, there’ll be-“

“Three dozen?” Darci ran through her schedule in her head. There was no way she’d find the time to bake three dozen cookies.

A bathroom stall opened up, and Darci bee lined for it. Maybe she could whip up her mom’s old standby recipe for chocolate chip walnut cookies. She could probably manage that. “Okay, Susanna. I’ll bring cookies,” Darci said as she closed the door and slid the bar across it, locking herself in.

“Oh, and Darci,” Susanna’s voice sing-songed across the ladies’ room. “No nuts, we need to be allergy friendly.”

“Okay.” Darci mentally eliminated the walnuts from the recipe. Plain old chocolate chip it was then.

“Oh, and anything but chocolate chip, I already had two moms commit to that and as we know, there can definitely be too much of a good thing.”