Escape to the Sun 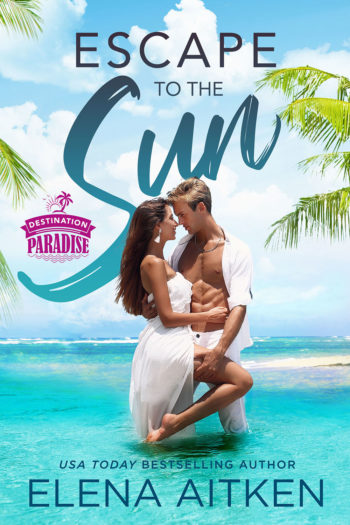 Paradise is the perfect place to hide, but can a troubled past ever be left behind?

A change of scenery is just what Heather Holt needs when her marriage falls apart, and what better place than Bocas del Toro, where everyone seems to have a story they’d rather forget. Taking a job managing a secluded bed and breakfast in paradise is the perfect place to start over and a tryst with the sexy, brooding surfer who always seems to be hanging around might just be the thing to help her move on.

Ash Anderson has spent the last few years running away from his past and hiding where no one knows him—or can get close enough to try. He may be a player but that’s only because the last thing he needs is a relationship. It’s too dangerous. But when Ash meets the sexy brunette who manages Casa del Sol, he begins to feel things he hasn’t felt in a very long time and starts to want things that are impossible. A fling is one thing, but when the intensity between them heats up beyond their control, life in paradise quickly gets stormy.

Now, if their love stands a chance Ash must figure out how to escape the danger of his past and both of them must find the strength to let love in once more—or risk losing it forever.

Other Books in the Destination Paradise series 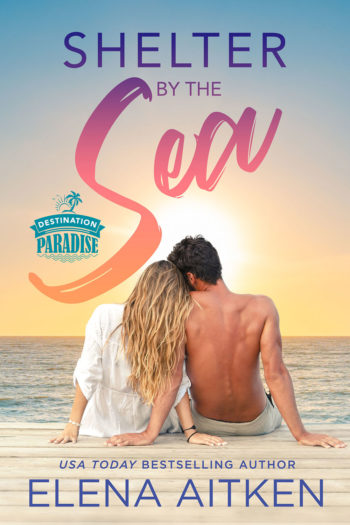 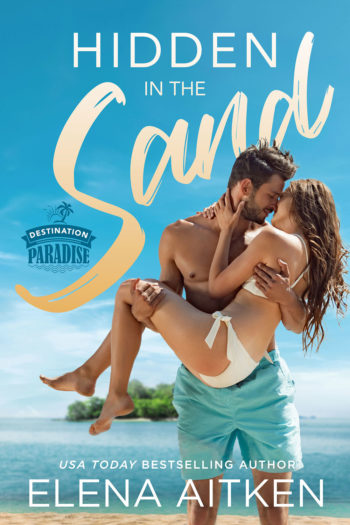 Heather Holt picked her way through the paper bags, empty bottles and…oh no, was that a used…? She didn’t want to think about what else was under her feet on the crowded dirt road. The man at the airport told her it was Main Street, but it was unlike any main street she’d ever seen. And she’d been living in Central America for five years. It wasn’t just the road that was dirty and littered. It was the very air she pulled into her lungs. It was heavy. Heavy with humidity, yes. But more than that. Heavy with the cloying scents of curry and fried foods, some type of blossoming flower that she couldn’t pin down and…people. It was a dizzying perfume. One Heather was absolutely certain she didn’t want to wear. 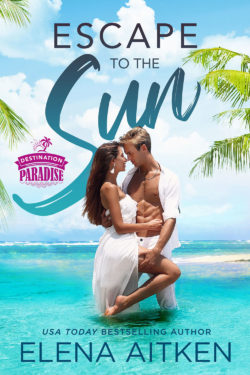 She tried to fight the growing sense of desperation. No. Not desperation. It was more like a terrifyingly crippling realization that she had nowhere else to go. For better or worse, she would be staying in Bocas Town in the Bocas del Toro archipelago on the west side of Panama. At least for a few months. Even looking through her veil of emotion, Heather feared she’d only seen a small part of the worse, and there was definitely no better in sight.

It’s not as if she was new to the country or the people. But if she hadn’t seen it for herself on a map that Bocas Town was part of the Panama she’d come to know and love, there’s no way she would have believed it. Not that she’d come to know much of the country, living as a dockmaster’s wife at a well-to-do marina just a few hours north of Panama City for the last five years. If she’d had anywhere else to go, she would have gone there.

As it was, all Heather had was a name—Mick. And the name of a bar—the Bitter End—scratched on a piece of napkin. It wasn’t much. But it was all she had. She’d make it work.

It’s not as if she had a choice.

The more she looked around at the mix of locals, backpackers who wished they were locals, and transplanted North Americans, who likely were some sort of mix of the two, the tighter the knot in her stomach pulled.

“Great idea, Heather.” She mumbled the words to herself, but a passerby heard and tried to high-five her. She dodged him, but it didn’t deter him any.

“Whatever it was, man, I’m sure it was stellar.”

She’d been worse. And she’d be better, too. Just not today.

Heather straightened her shoulders and hitched her backpack higher on her back. Everything she owned, or at least, everything she wanted to own, was in that pack. She’d only had a few hours’ notice when her friends Cass and Archer confirmed that they’d have room for her on their charter sailboat to take her to Bocas del Toro. Not that she needed much more. Everything back at the Shelter Bay Marina was full of memories of a different life. An old life. A life she no longer wanted anything to do with. If she was honest, it was a life she’d never really wanted. At least not with Joe. But it wasn’t until he’d had a baby with one of his waitresses that she got the out she’d been looking for.

It didn’t make her proud to think that she’d stayed in a loveless relationship because it was easy, but it was what it was and she couldn’t go back and change it.

No. It was all about looking forward now.

Bocas would definitely not be the cushy life of Shelter Bay, but that’s why she knew it was going to be okay. No. It would be more than okay. She was more than ready for a change and a challenge.

Heather glanced down at the scrap of napkin again as if she hadn’t memorized the details days ago, a full five minutes after it was given to her. She owed a lot to her friends, and the connections they had in the islands that had led her to that address on that napkin. What was waiting for her after she checked in with Mick, she couldn’t be entirely sure. Although, she hoped her friends were right and it involved a bed-and-breakfast run by a woman who could use some help. More specifically, her help. Because that’s why Heather was there.

Only a few weeks earlier, when she’d hopped on another charter with Cass and Archer out to the tranquil San Blas Islands, she’d met Josie, an eccentric old woman who, in one afternoon, had changed her life. Heather couldn’t even explain it. She wished she could. But ultimately, it didn’t matter because Josie had seen that she was lost and broken, and with only a few words, the older woman gave her hope. And at that moment, that hope looked like a beer shack with a broken surfboard hanging over the door, a scrawny mutt curled on the crumbling concrete step, and a crate full of empty bottles sitting next to him. The Bitter End was painted in block letters on the surfboard.

She looked at the napkin.

Back to the surfboard. It definitely wasn’t what she’d been expecting, but Heather had long ago learned to expect the unexpected. She stepped up, resisting the urge to pet the flea-ridden dog, and reached for the door at the same moment as it opened. The pumping beats of what sounded like Top 40 hits on a steel drum band spilled from the opening; a shirtless, golden brown man who looked as though he could have been riding that surfboard in a different circumstance, appeared. His back to her, the man walked backward down the stairs as he yelled back to someone inside. Instinctively, Heather stepped out of the way, narrowly missing the dog. Or maybe she didn’t miss him, judging by the growl beneath her.

The man turned at the sound.

“Hey, Poco.” He bent to scratch behind the dog’s head. “You all right?”

The man looked up, seeing her for the first time.

He was gorgeous, if you liked the rough around the edges surfer boy type with hard, tight muscles, golden skin, salt-tousled-curling-over-the-ears dirty blond hair, and an attitude to match. She swallowed hard.

“Did you need something?”

She did. She needed a lot of things. And judging by the way her body vibrated into a full-scale heat, he might just have exactly what she needed.

If only she had time for that. Heather cleared her throat. “Mick?”

“Depends.” Looking up at her from his squat, his lip curled up in a smile so sinful, in any other instance there was no doubt she’d be in trouble.

Any instance where she didn’t need a place to sleep that night. Alone. She narrowed her eyes, fairly certain she wasn’t speaking to Mick. “Where can I find him?”

He laughed and straightened. “It’s like that, is it?”

“It’s like, I need to find Mick.” Heather crossed her arms, which only made Surfer Boy laugh again.

“Don’t get all twisted up, sugar.” He pointed behind him. “You’ll find him behind the bar.”

Heather twisted to look past the golden muscles in front of her. “This is a bar?”

“Of course. And a hostel. And…” His mouth twisted up in that damned sexy grin again. “Let’s just say, this place lives up to its name.”

“Its name?” She glanced around but didn’t see any other sign telling her where she was.

“What does that mean?”

“It’s just like it sounds.” Surfer Boy swallowed his laugh so hard he looked as if he might choke. “It’s also a nautical term.”

She didn’t respond, unsure of what any of that meant. What any of it meant.

She didn’t realize she was staring at him until he winked at her, flashed a smile that could only mean he came from money, and said, “Mick’s inside.”

“Right.” She shook her head, embarrassed that he probably thought she was checking him out. It wasn’t entirely untrue, but even if there was truth to it, she certainly didn’t need him thinking that. Heather pulled herself together and squeezed past him through the doorway, careful to avoid both the dog, who’d returned to sleeping, and Surfer Boy, who made no effort to move out of her way.

He smelled like salt, suntan lotion, and sex. She couldn’t help but inhale his scent, holding her breath to keep it in just long enough to push out the stench of the street but not long enough for her body to register the effect he had on her.