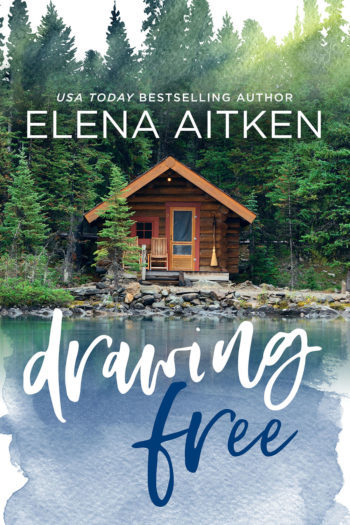 “What would happen if I just kept driving?”

Moms aren’t supposed to have a life of their own, at least that’s what Becca Thompson believes. Between dealing with her youngest’s never ending tantrums, her teenager’s attitude and her ailing father’s rapidly failing memory, Becca doesn’t have time to worry about who she used to be.

Deep down, Becca knows she wants more than the daily chaos and the quick fixes her self-help books have to offer, but when her husband starts demanding more, the pressure proves to be too much. On the way to pick up her daughter, she makes the split second decision to take a different exit off the freeway and drives towards the mountains leaving her crumbling life in the rear-view mirror.

Fleeing to a remote mountain town, Becca knows she must rediscover her spirit, even if reconnecting with herself comes at the expense of everything she left behind.

“…so honest in the way it portrays a mother’s frustration with not only herself but the world around her. While this author could have taken the easy way out and given everyone a happy ever-after ending, she instead chose to be upfront and honest. This one of the most genuine heartfelt stories of motherhood imaginable.” —Bette Lee Crosby, USA Today Bestselling Author

There was nothing quite as wonderful as starting the day with a hot cup of coffee. Especially when that cup of coffee was enjoyed in complete silence before the rest of the house woke up. I only had a vague recollection of such moments, since it’d been years since I’d actually enjoyed one. My latest book, The Right Foot: Setting yourself up for success, suggested setting the alarm a half hour early, to enjoy the quiet time, and with nothing to lose, I’d done just that. 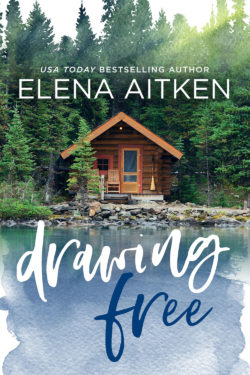 Then I hit snooze. Twice.

By the time I dragged myself out of bed, there was only about five minutes left before I’d have to wake the girls for school. But I’d take what I could get.

I ran my hand along Jordan’s bedroom door as I passed. For a split second I was tempted to open it and watch her sleeping. It was my favorite way to see her, at least since she’d become a teenager. But no, I had to start my day off right, and that meant a cup of coffee, even if it was rushed. At least it would be quiet.

A crash came in the direction of the kitchen. I froze. Panic pricked at the back of my neck. What if someone was in the house? Should I hide? No. Protect the girls. I glanced behind me to Kayla’s room. The door was open. It only took me three steps to reach her room. Kayla’s pink comforter was crumpled on the floor, her usual nest of stuffed animals, flung around the room.

“Kayla?” I hissed under my breath.

Another crash. Then, singing.

I sighed, the vision of my coffee dimming as I walked towards the high pitched rendition of Mary Had a Little Lamb. As soon as I rounded the corner into the kitchen and splashed straight into a puddle, that vision vanished completely.

My eyes took in the wreckage. The new jug of milk I’d just bought, lay, mostly empty on the floor blocking the fridge door. The high pitched beeping of the refrigerator door alarm filled my head. Again, I cursed Jon’s insistence on purchasing top of the line appliances, the stupid things were always making noise. A mixture of corn flakes, fruit loops and my favorite granola covered the counters, and most of the floor, turning into a chunky sludge where it met the milk.